Here we go, folks.  This is the most up-to-dated list I could compile.  Please email me about anyone else that I could add.  I will try to update this weekly.


Da'Sean Butler, F, Austin?:  Bob Huggins said on Sportsline that Butler is back in the D-League, but the roster doesn't have him on there...yet.


Devin Ebanks, F, Lakers:  Became the first former Mountaineer to start an NBA since 1983.  Is averaging 7.5 points and 3.0 rebounds through two games.


Casey Mitchell, G, Sioux Falls:  After being cut, Mitchell is back in the D-League averaging 19.2 points a game for the Skyforce.


Tyrone Sally, F, Rotterdam (Netherlands):  Leading his team in scoring with 17.9 points a game.  Also leads in rebounding with 5.8.
Posted by Chris at 1:42 PM No comments: 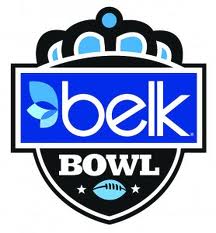 Louisville v NC State:  The Cardinals are looking to finish off what ended up being a successful season.  Sure, there is some disappointment in not reaching the BCS, but after starting 2-4 finishing the season in a solid bowl game is a good season.  Much can be said for NC State as well.  After a late season loss to lowly Boston College, the Wolfpack turned it around with wins over Clemson and Maryland.  The Pack should also have a solid crowd, considering the campus is just a few hours from Charlotte.  Both teams have offenses that have awoken lately.  Teddy Bridgewater has had a nice freshman campaign...one that shows his future is brighter than the North Star.  Look for Louisville to go right to the ground.  The Pack allowed nearly 200 yards on the ground the last game, so they may have to stack the box early.  If this happens, look for Bridgewater to then go to the air.  While the Cards' offense has done better lately, the defense has been one of the best all year.  Louisville will force tough 3rd downs and mistakes that could become the difference late in this game.  Expect a close one early, especially if Mike Glennon can play mistake-free.  But, the difference will be the Louisville defense late, which will create the opportunities the offense needs to close it out.

Email ThisBlogThis!Share to TwitterShare to FacebookShare to Pinterest
Labels: Louisville 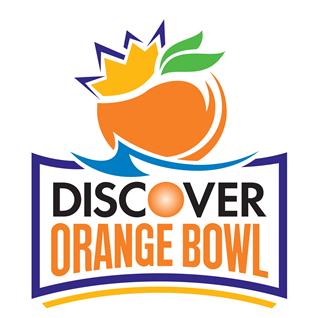 ESPN has a nice profile of Dana Holgorsen and other first-year head coaches in BCS games.


ESPN also has the Orange Bowl sight up and running for the game.


MSNSportsnet breaks down the epic season that Stedman and Tavon had.


West Virginia is expected to take a hit on not selling their allotment of tix.


Clemson is in the same boat with WVU concerning tix.


Taking a look at some of the bigger matchups for WVU.


For good Clemson coverage, check out this site.
Posted by Chris at 9:58 AM No comments:

Former Mountaineers in the NFL, Week 16

Anthony Becht, TE, Chiefs: Registered one catch for six yards, and also had one tackle in a loss to the Raiders.


Brandon Hogan, CB, Panthers: Had one tackle in win over Tampa.


Ellis Lankster, CB, Jets: Didn't register any stats in loss to the Giants.


Pat McAfee, P, Colts: Had five punts for an average of 41.8 yards a kick in win over Texans.


Corey McIntyre, FB, Bills: Started, and had one tackle Buffalo's win over the Broncos.


Chris Neild, NT, Redskins: Didn't register any stats in loss to the Vikings.


Owen Schmitt, FB, Eagles: Didn't register any stats in win over the Cowboys.


Steve Slaton, RB, Dolphins: Was inactive this week for the Dolphins.


J.T. Thomas: Injured Reserve
Posted by Chris at 8:55 AM No comments: